Proof of Wife is a side mission in Borderlands 3 (BL3). This walkthrough will guide you through all objectives of the Proof of Wife Side Quest.

Proof of Wife is unlocked when you gain access to Lectra City using the Kill Killavolt Side Mission. 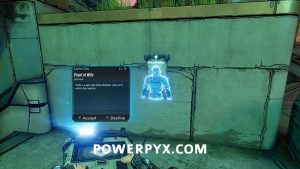 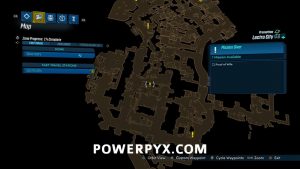 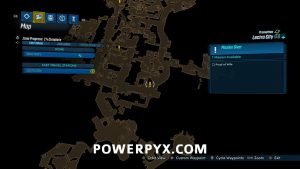 Head through the city and make your way down into the subway towards the waypoint. 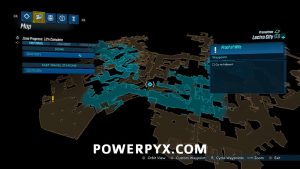 Once you get to the part where there are a couple of cop bots approach them.

Get rid of the cop bots

The cop bots will become hostile. Take the two out.

Once the two cop bots are defeated Tumorhad will want to see you, she asked you to ring the buzzer. The Gatekeeper will come out of the wall and examine you and send you to the Police HQ. 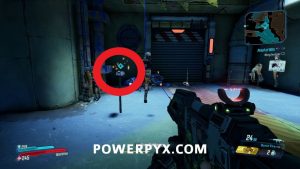 Head out of the subways and follow the waypoint up to the Police HQ. Get within range of the HQ and you will trigger this portion.

Head over to the intercom by the Police garage: 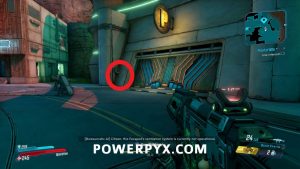 This will open the giant garage door.

Head inside the HQ and destroy every last cop bot in the headquarters. Some of these cop bots are shielded so use cover to make sure they don’t defeat you instead.

Once the cops are defeated head over to the corner of the HQ where Bloodshine is being held. 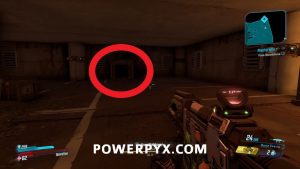 Use the switch on the side of the canister to free her. She will become angry and start throwing dynamite at you and eventually run at you dynamite in palm in a kamikaze attempt at your life. Avoid the blast and listen to the ensuing call.

Upon her crazy attempt at your life she will blow into nothing but her mask will survive the explosion and fall on the floor. Follow the waypoint to the mask on the floor and use the action button to retrieve it.

Naoko wants you to head back to the hideout so head back to where you initially defeated the cop bots in the subway. When you get there they may be some enemies you have to clear out before proceeding.

Naoko has the idea for you to put the mask on one of the bodies hanging outside the hideout. Simply walk up to the waypoint on the body and place the mask using the action button. 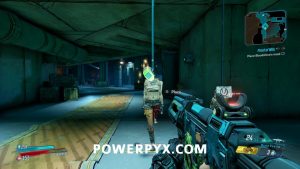 Once the mask is placed on her the door will open up revealing three of her friends celebrating her return. It doesn’t take long for them to realize that Bloodshine is deceased and become hostile. Take them out to continue.

Continue killing her friends until the second one is dead,

Kill the final of three friends that came outside to greet Bloodshine.

Head inside and up the stairs. You will have no choice but to drop down into an arena of sorts. Once you drop down Bloodshine’s entire family and friends will be waiting below, defeat them all to progress.

Head inside and up the stairs. You will have no choice but to drop down into an arena of sorts. Once you drop down Bloodshine’s entire family and friends will be waiting below, defeat them all to progress.

Once everyone (excluding the best man) has been defeated Bloodshine’s brother, sister and mother will spawn. Kill her brother for this portion.

Once everyone (excluding the best man) has been defeated Bloodshine’s brother, sister and mother will spawn. Kill her sister for this portion.

Once everyone (excluding the best man) has been defeated Bloodshine’s brother, sister and mother will spawn. Kill her mother for this portion.

Once everyone else is killed Tumorhead will come out in an angry rage, guess you are going to have to end her life too…

Once everyone else is dead a door will open up on the left side of the room. Inside this room is a cage with Naoko inside. Head over to the cage and shoot the lock to free Naoko to complete this mission. 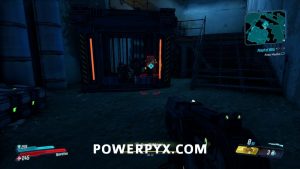 You get a unique Sniper Rifle as a reward:

This finishes Proof of Wife side mission in Borderlands 3.