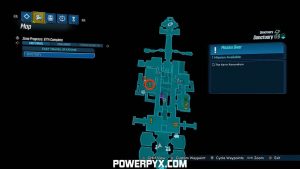 Talk to Claptrap in his room in the Cargo Bay and you’ll hear Ellie scream. Head over to see what the fuzz is about. 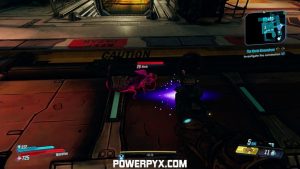 Turns out, there is a small creature running around peacefully. It is Claptrap’s new friend Kevin. Tannis insists that it has no place here and needs to be taken off the ship.

Go to the locker in the corner of the room, pick up the Freeze Gun 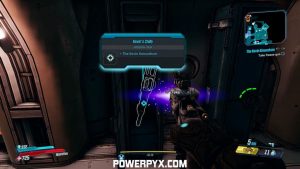 and equip it from the menu. It deals very little damage and won’t kill the creature. The weapon is called “Kevin’s Chilly” in the inventory (green rarity). 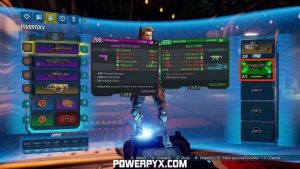 Shoot Kevin about two seconds with the weapon until he is frozen rock-solid. 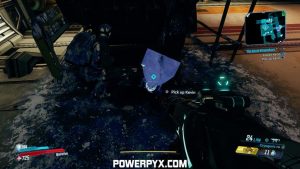 Once is a block of ice, you can simply pick him up.

Freeze and Pick up Kevins (1)

Tannis will inform you that there are a total of six other Kevins on Sanctuary.
Four of them should be on the middle level, the last two on the upper deck, where the Bridge is also located.

Freeze and Pick up Kevins (2)

Check your mini-map for orientation to the objective markers and catch these small buggers.

Freeze and Pick up Kevins (3)

They can be spotted fairly easy with their purple color and a marker next to them. 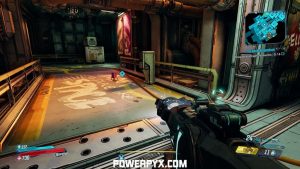 Freeze and Pick up Kevins (4)

Freeze the next Kevin.

Freeze and Pick up Kevins (5)

And the next one. 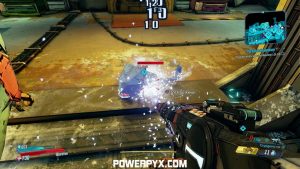 Freeze and Pick up Kevins (6)

Once you have caught all six new Kevins, it is time to dispose of them.

Head to the airlock marked on the map and throw them out!

Could we not simply have shot them? Oh well.

This finishes The Kevin Konundrum side mission in Borderlands 3.