Details:
Meet Adam Ibrahimovic and Larry Fanghorn. Adam’s the bad guy and Larry’s our client. Once upon a time the two friends opened a club called Empathy and things got off the ground pretty quickly. The eddies poured in, their popularity surged, they were surrounded by hordes and young ladies and one question at the back of their minds – who’s got their hand in who’s pocket? Adam or Larry?

The blame fell on our innocent, naive Larry.

What does Adam do? He changes the club’s access codes, made a few shady deals and hired Animals as bouncers. If you were Larry, wouldn’t you be pissed?

Here’s what you’re gonna do. You’ll break into Empathy, upload the attached virus to their net and bring the club’s operations to a standstill. Empathy won’t budge an inch until Adam welcomes his ol’ pal Larry back with open arms.

Sounds like a breeze, right? Just keep things quiet, no witnesses and everyone’ll be happy.

Starting Location: A Lack of Empathy

Your goal in this gig is to enter the club Empathy and upload a virus onto the main server of the club.

The main computer is located on the upper floor of the club in the room with a large window overlooking the dance floor. If you want to go in the front door of the club you have to deposit your weapons, which makes going in the front slightly more annoying to stealth. 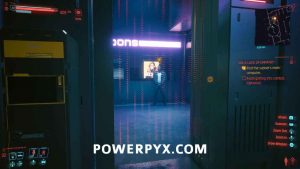 Avoid getting into combat [Optional]

You could just shoot your way in from the front, but this club doesn’t really have that much extra you could loot just by shooting everyone, the main items you would want are in the security booth anyway. If you want the easiest time completing this gig, the best way is to go around the back. 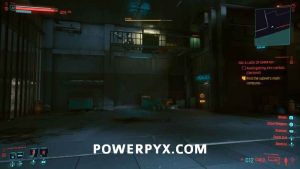 Here there is a walkway you can jump up to, then you can quickhack the shutter to open it, or force open the door with the relatively low 6 BODY attribute requirement.

Upload the virus to the club’s servers

Going this way leads you right into the room you need to be in. There is one enemy here talking on a phone looking out the window, which you can either take out or ignore if you want. Then interact with the computer to upload the virus. 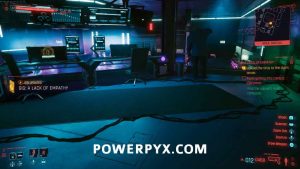 Once the virus is uploaded, you can go out the door again to the back of the building. If you did this all in stealth you will need to go pick up your reward from a drop point to complete the gig.

For all other Quest Walkthroughs, check out the complete Cyberpunk 2077 Walkthrough.