In Final Fantasy 7 (VII) Remake you can change your party leader. It will let you change which character to start with in combat. However, while exploring outside of battle you can only control a predetermined character (usually Cloud). Who you free-roam with cannot be changed, only the starting character in battle is affected by Leader Change. 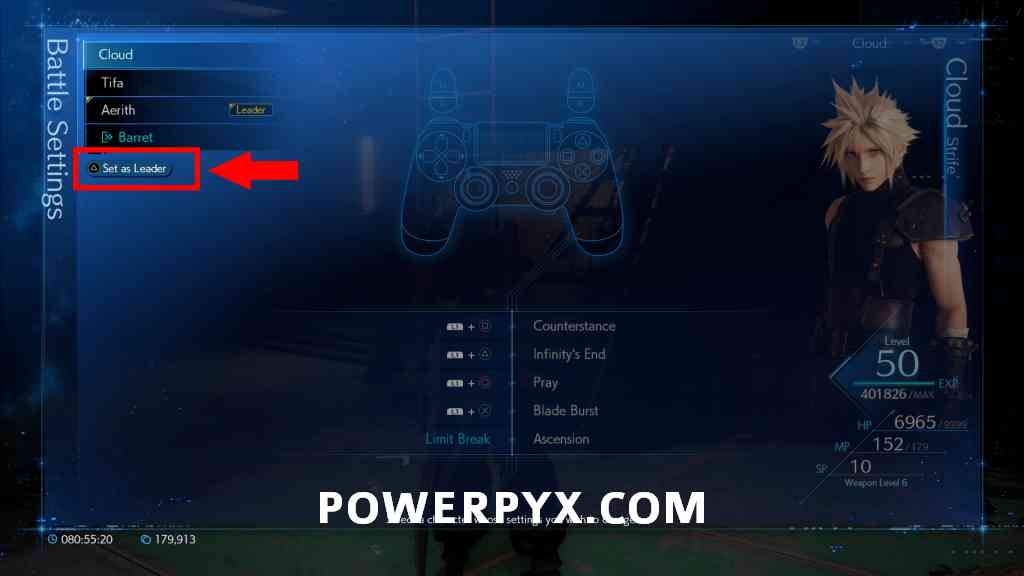 It’s that easy! You can change Party leader at any time between combat. During fights you can also press

to change which character to actively control.