Side Tale: Fit for the Khan
Act: 3
Region: Kamiagata
Quest Giver: Peasant in Jogaku’s Temple, Jogaku
Requirement: having completed Honor and Ash
Rewards: Minor Legend Increase, Mongol Commander’s Armor
Mission Info: A blacksmith in Jogaku said the Mongols forced his master to create a set of armour for Khorun Khan. He managed to escape and hide some of the armour pieces across Kamiagata before he was killed, but the Mongols found some others. If I recover all the pieces, I could use this armour myself. 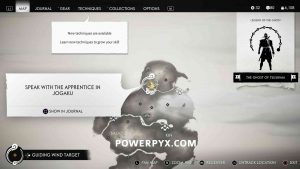 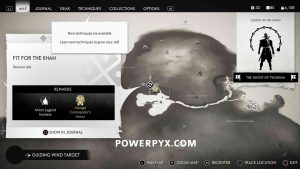 The main objective of this side tale is to liberate four different outposts from Mongols’ clutches across Kamiagata. After liberating an outpost, you’ll have to duel a general or warlord to collect a specific armour piece. We’ll start from the southernmost one, General Bartu’s Camp. 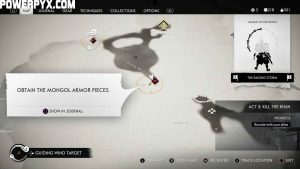 To duel General Bartu, you first need to complete all of the camp’s objectives (the bonus one isn’t needed). Once you’ve completed them all, a brief cinematic will introduce you to the duel with General Bartu. Kill him to collect a piece of armor. Now we’ll liberate the westernmost outpost, Kawachi Whaling Village. 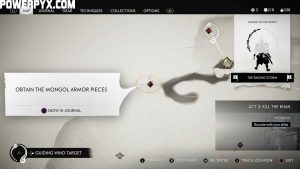 Here you have to rescue 5 different hostages scattered across the village. Upon liberating the fifth and final one, he’ll give you the piece of armor. Now we’ll liberate the northernmost outpost, General Dogshin’s Camp.

As with the previous two camps, first complete all the camp’s objectives (the bonus one isn’t needed) in order to make General Dogshin appear. After defeating him, we’ll make our way to the easternmost camp, Morimae Brewery. 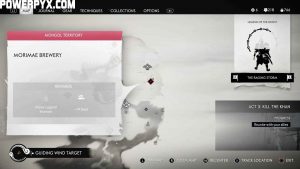 Here you have to rescue 4 different hostages scattered across the village. Upon liberating the fourth and final one, he’ll give you the piece of armor. Now you can return to the apprentice in Jogaku.

Speak with the Apprentice in Jogaku

Fast travel to Jogaku Temple and speak with the apprentice outside the temple to have him cast the armor for you and complete this side quest.

This finishes the Fit for the Khan quest in Ghost of Tsushima.