Unfinished Business is unlocked when you’ve completed The Broken Blacksmith.

After having freed Taka from Azamo Bay, Jin returns to help the other villagers. 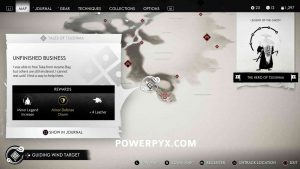 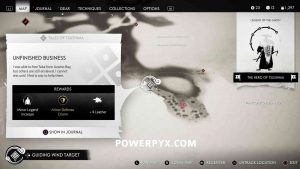 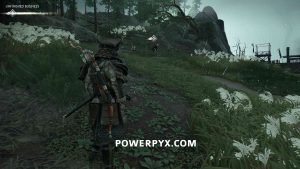 The village can be entered from a hole in the fence, nearby of your starting position.

When inside, you are confronted with four different tasks which have to be done three times each.

Most of them are displayed on your map, only the Cages are not shown. They are located at the red arrow. 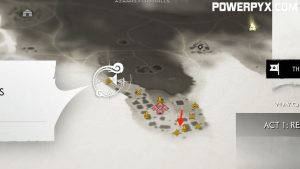 This upcoming section gives a short overview of each objective, in case you are quickly looking for a missing task.

A full walkthrough with a suggested order can be found further below. That order avoids too much backtracking as you will pass several objectives while navigating through the village anyhow.

Free Villagers from the Cages (3)

Coming from the northern side, we will roughly take a route shaped like the number 6.

Generally, there are multiple clusters of enemies throughout the town, with a few lonesome soldiers plundering houses. If you engage in combat, you will only take on a small group and don’t have to fight the whole bunch.

Right next to where you enter Azamo Bay, Gate 1/3 is located. 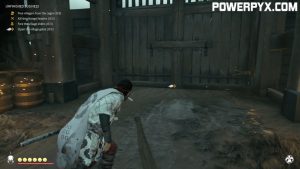 Many of the houses along the way have single enemies plundering. Use

to see their outlines and get rid of them. With them gone, it will ease some of the group-fights, as there will be fewer participants. 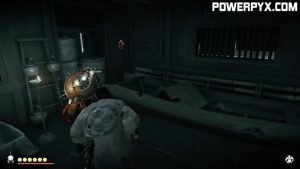 A bit further down the road, Leader 1/3 is standing together with about half a dozen of companions. 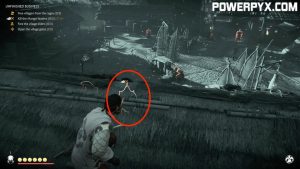 Close by will be the location of the hostaged Village Elder 1/3. He is found on the upper floor. If you at any point during a fight see a red icon with a skull, tend to those enemies first, as they are about to harm the hostages!

Further into the village, there is a larger open area with several enemies as well as several objectives. All 3 Cages with additional hostages can be found here. The one to the far left can be easily overseen, next to the obvious set of cages.

Right next to the set of Cages, Gate 2/3 is located to the very south of the village. 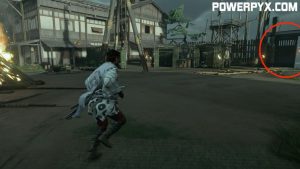 In the house behind the cages, Elder 2/3 is held by three goons on the upper floor. 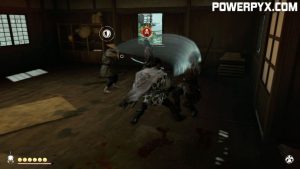 The backyard of the adjacent house has Leader 2/3 with a handful of friends in stores for us.

The next and final Leader 3/3 is standing at a campfire with two companions in a rather open area, just to the north of the previous one. 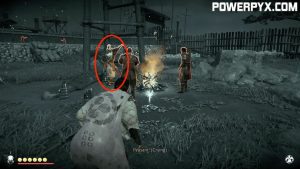 Further along the sides of the village, the final Gate 3/3 can be found, next to two enemies tending to their carts. 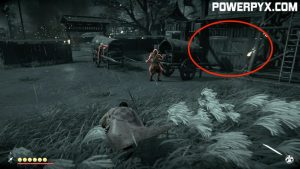 Just past the large square behind them, the final hostage Elder 3/3 is sitting outdoors in front of a shrine. Get rid of the final enemies around her, to free her and advance to the next objective. 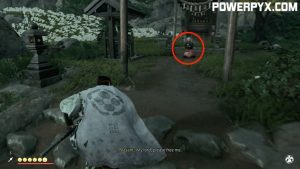 Look for the Mongol Leader

Once all tasks above are completed, Jin needs to fight a final Mongol Leader in a Duel. He is to be found at the larger square with the flagpoles you’ve just passed earlier. 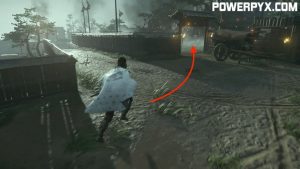 To defeat Warlord Harunori, the usual tactics apply: Watch out for his attacks – if his weapon emits a glowing red or blue spot, he is just about to hit you. Dodge out of the way and deal a few quick blows to take off a portion of his health. Repeat this step a few times over and you should not have to worry too much. 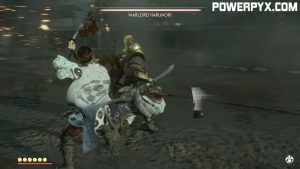 Once Harunori is down, you need to raise the Village Banners, which are located at the opening of the square you are already on.

This finishes the Unfinished Business quest in Ghost of Tsushima.