Country Pursuits is the 55th main story mission in Red Dead Redemption 2 (RDR2). This walkthrough will guide you through all objectives of Country Pursuits Main Quest including all Gold Medals for 100% completion. 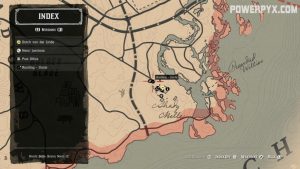 Dutch is convinced that you have to take out Angelo Bronte before you hit the bank in Saint Denis. To pull off his plan you will need a boat. Get on your horse and head to Lagras with Dutch. 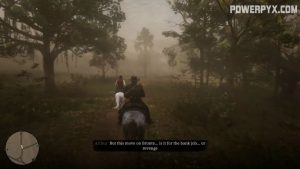 Once there, you will meed up with Dutch’s contact, Thomas. He agrees to help row a group of people to Bronte’s mansion at night, but first he has to consult with his partner Jules and collect the crawfish from his traps. 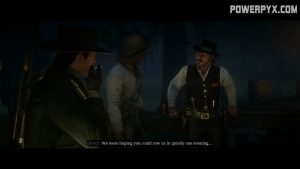 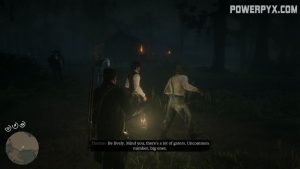 When you reach the first set of traps, check it for crawfish. Continue to follow Thomas through the swamp, checking traps as you go. 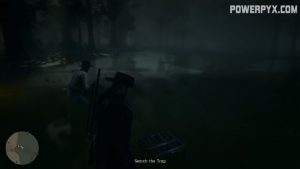 When Thomas spots a gator, he quickly advises you to stop moving. You are strongly urged to listen to him. 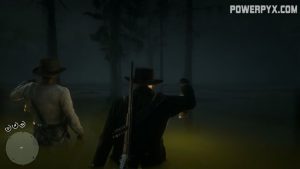 Once Thomas says it’s clear, continue to follow him. The next trap will be stuck in the mud, and Thomas will ask for assistance. 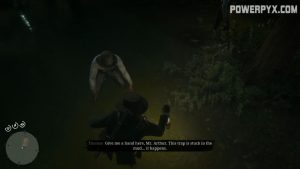 Follow the prompts to help free the trap, and discover that it has been smashed open. Its at this point that Thomas will reveal a piece of information that would have been better told before you walked out into the middle of a deep swamp at night. 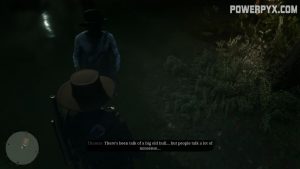 Again Thomas will warn you to stop moving while gators are swimming through the area. By the way, if you happen to wander too close to the gators, Thomas will not appreciate you trying to get back to dry land. Just stand still until they pass, and think still thoughts. 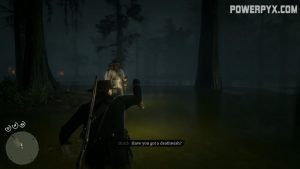 Follow Thomas when he starts moving again. By now, he’ll start to worry that you haven’t found Jules yet. Dutch decides to split up and search, sending you off to the right. 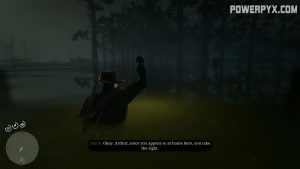 Start moving towards the yellow objective area. You can also press

to call out to Jules. Try looking for any light sources in the area to start with. 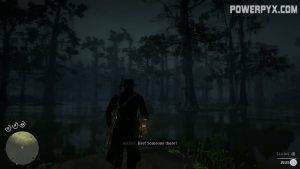 When you get close enough, he will respond to you from a branch of a tall tree. 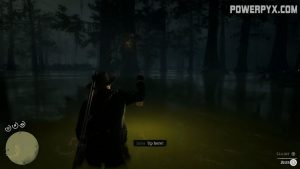 Get beneath Jules and you will be able to beckon to him, but he is in a panic and won’t come down, rambling about seeing a monster. 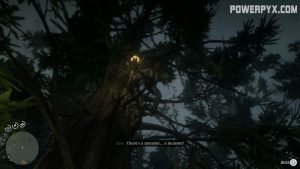 Go and get his skiff, which will be stuck against a nearby fallen tree. A cinematic will play as you free the boat, and Thomas and Dutch will catch up to you. Skip this cinematic. 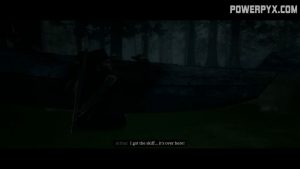 As you pole back to the dock, you run into something in the water that has caught up the boat. Thinking its a tree stump, Thomas tells Jules to jump into the water and free the boat, but Jules isn’t convinced. 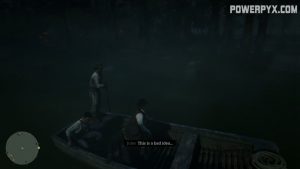 A split second after he pulls you out with your tow rope, he gets pulled under the water and disappears. 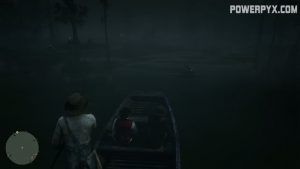 Don’t hesitate, as soon as you can jump out of the boat and go after Jules. Start moving towards the yellow objective area and start looking. It can be tough to see him in the dark, but Jules’s head will be sticking up out of the water and he’ll call out to you. 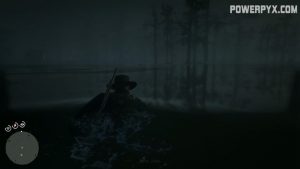 If you don’t reach him in time, he will be pulled under the water again and change positions. Listen for his yelling and look for his waving arms. 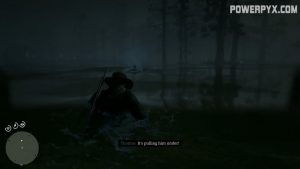 As soon as you reach Jules, you will automatically carry him on your shoulders. 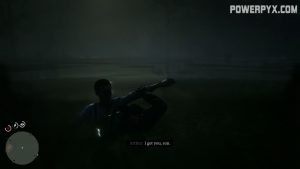 Hurry back to the skiff as fast as possible to make the time limit for the gold medal requirement. Come alongside the boat where Dutch is reaching and he will haul Jules in, with you climbing in behind him. 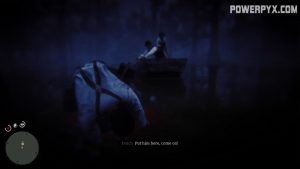 Last but not least, break out your ranged weapon of choice and locate the gator in the swamp swimming towards you. 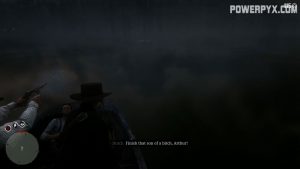 For the gold medal requirement, you’ll need to shoot the gator, five times. With a full Dead Eye meter, you can give the Bullgator twice that number of hits even using a bolt action rifle, so this shouldn’t be hard.

Once the Bullgator runs, you will have to treat Jules’s wounds. Press 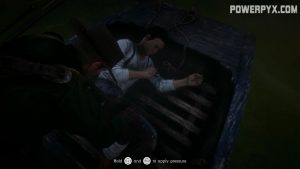 If you missed it the first time, you’ll get a second chance at a much closer range to put more ammo into the Bullgator as you get near the docks. 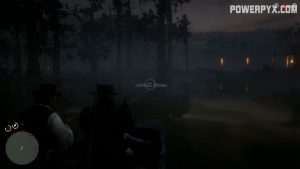 Thomas pulls the boat up, and Jules is carried away to be treated. Next stop, Angelo Bronte’s mansion.

Next Up: Revenge is a Dish Best Eaten

For more Walkthroughs with all gold medals, check out the complete Red Dead Redemption 2 Story Walkthrough.